From the Shops:
AllSaints Spring 2013

Posted on January 16, 2013 | Uncategorized By Gabrielle 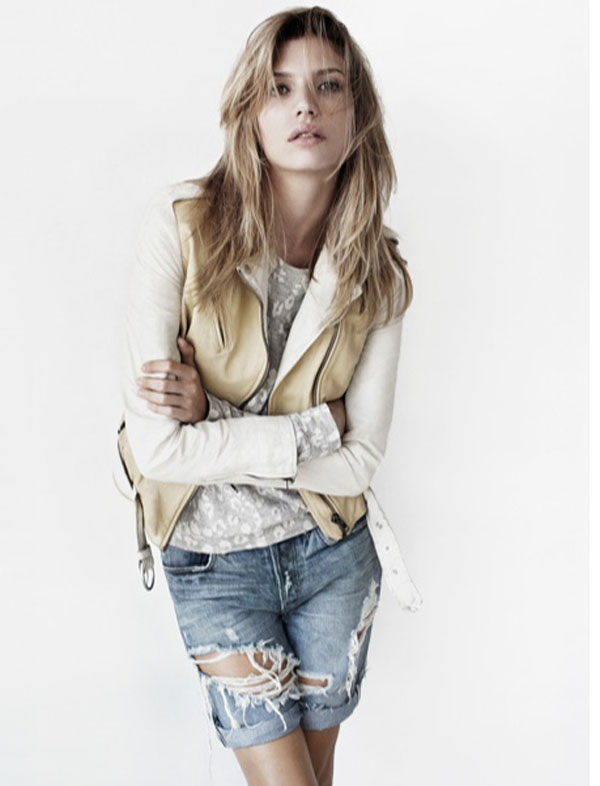 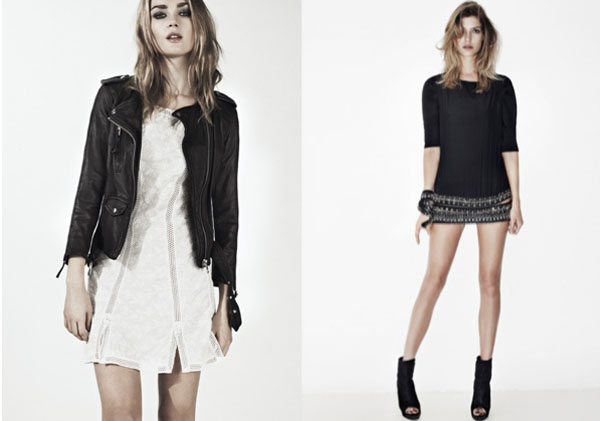 The AllSaints website has given us a little peak of their Spring 2013 collection, and I don’t know about you, but I can’t wait to see the rest. P.S. That leather jacket in spring colors is so mine!

From the Monthlies:
The Queen

Posted on January 15, 2013 | Uncategorized By Gabrielle 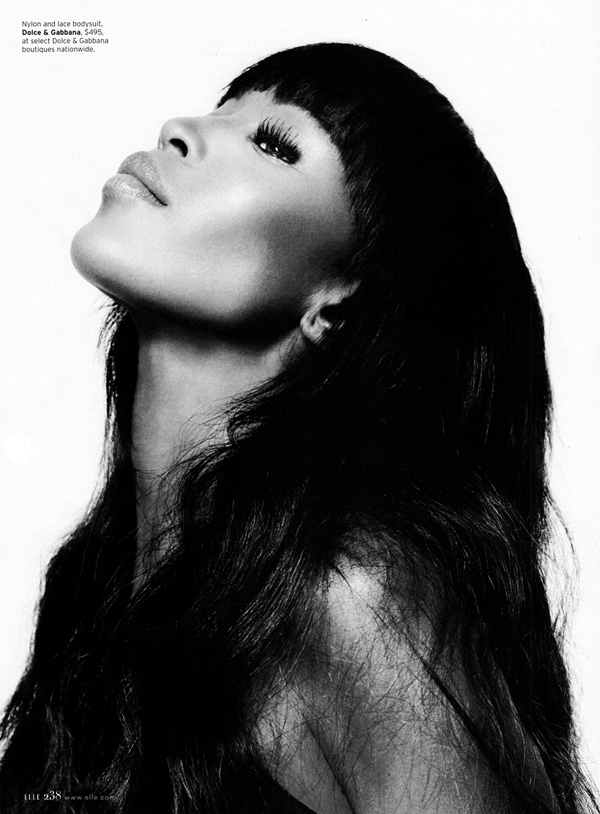 As a woman of color, there are moments when you have to stop and give thanks to those who opened doors for you. In many ways, Naomi Campbell did so by causing people in the industry to rethink traditional notions of beauty and redefine it in a more all-inclusive way. This lady is beautiful by all accounts. That there are those who wouldn’t consider her such, though, because her skin is dark, her eyes are almond shaped, her lips are full, and her body muscular is still a reality not to be ignored. As I’m sure many attractive minorities will relate, a beautiful black woman is a beautiful woman, not just beautiful for a black woman. The same is true of Indians and Iranians and Japanese and Mexicans and everything in between. When I read this Elle magazine article it wasn’t the tidbit about her testimony in front of the Hague that got me (although it was much entertaining to learn that she declared under oath, “This is an inconvenience for me.”) or the laundry list of things Naomi has done since the infamous cell phone incident to clear her image and/or her conscious. Instead it was the rather telling bits information about her breakthrough as a model that made me proud of her and thankful for those who stood behind her. The two that stand out in my mind: (1) In 1988, Yves Saint Laurent personally threatened to pull his advertisements from Paris Vogue if the magazine didn’t put Naomi on the cover — making her its first black cover model; and (2) Linda Evangelista once chided an Italian brand: “If you don’t take Naomi, you don’t get us,” of she and Christy Turlington, who with Naomi became known as modeling’s indivisible “Trinity.” 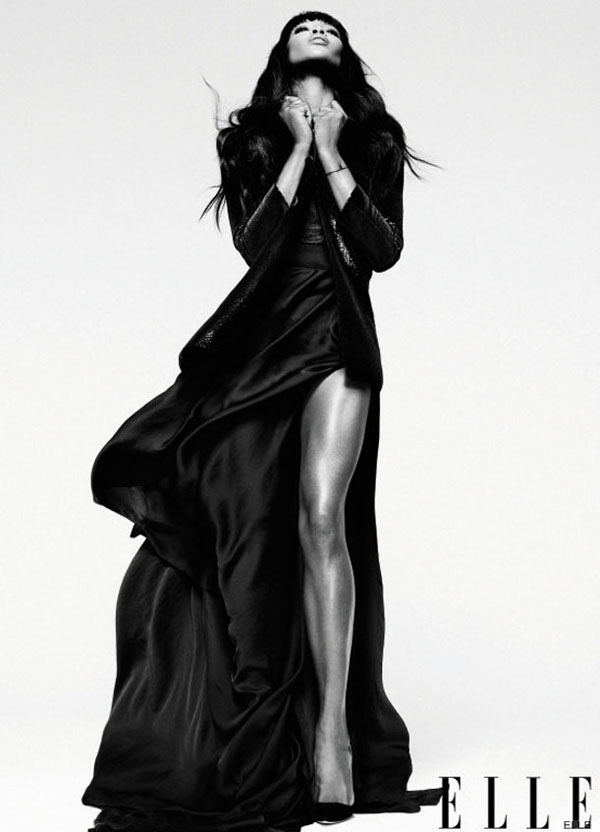 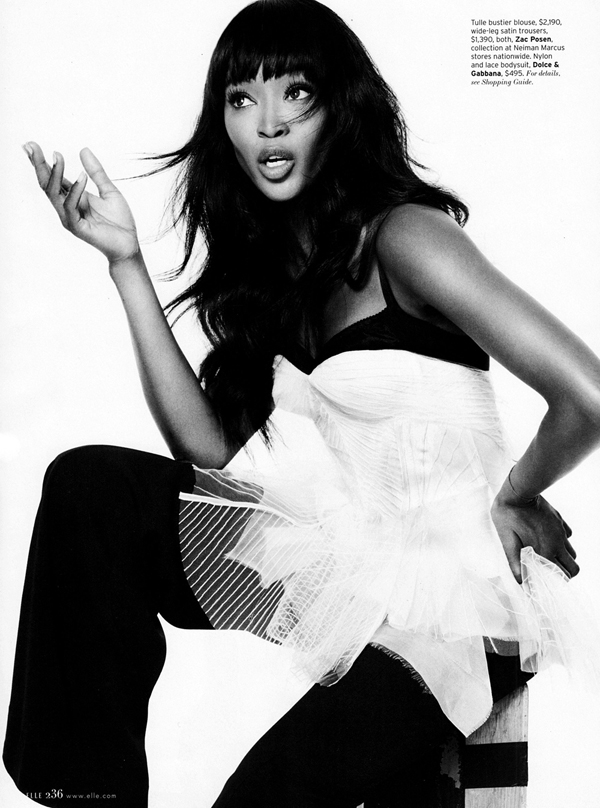 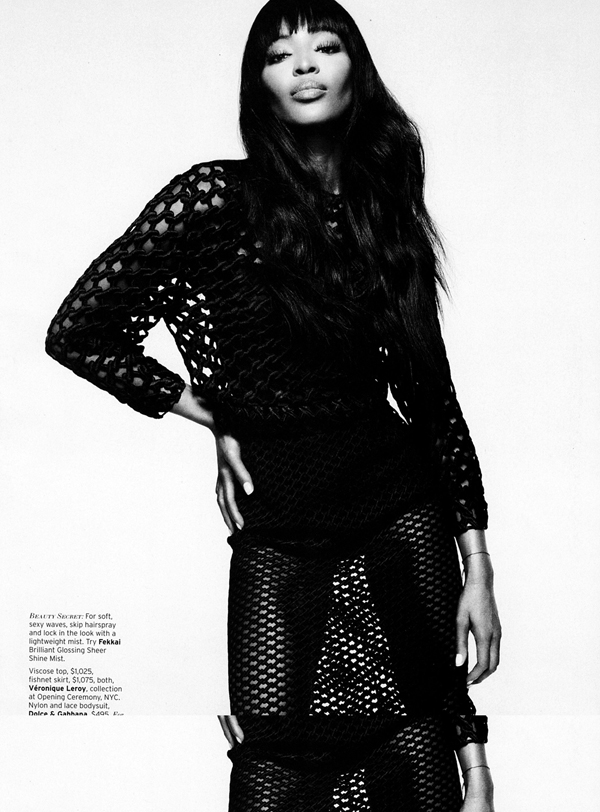 From the Closet:
Leather on Leather

Posted on January 14, 2013 | Uncategorized By Gabrielle 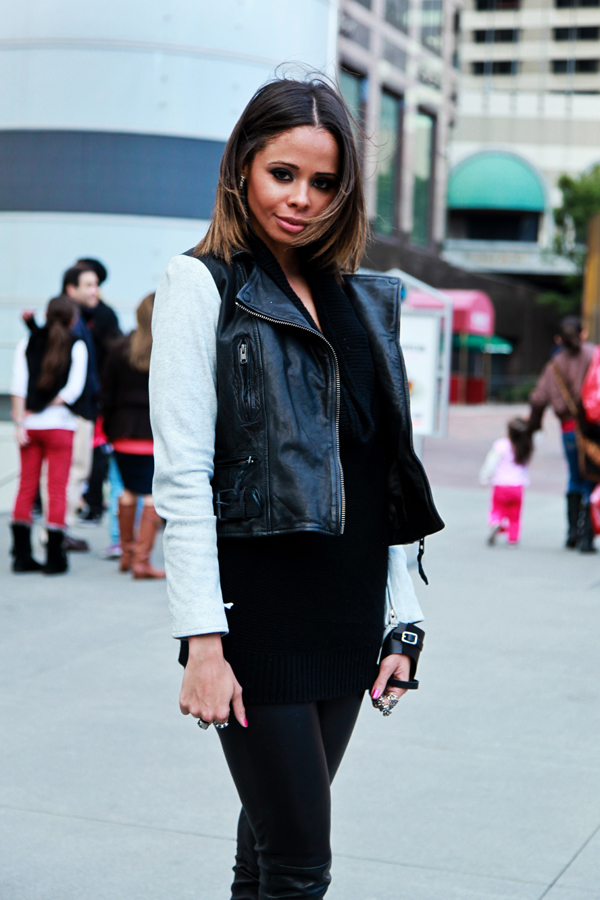 It’s officially reached freezing temperatures in LA. So as inappropriate as it may be in any other city in the world, this past weekend, I layered on the leather, put the top down on my convertible, turned the heater up to a toasty 83 degrees, and set the seat warmers on high. I’m telling you, it just felt like the right thing to do. How else was I to admire the clear blue skies and our signature palm trees? Obvs! 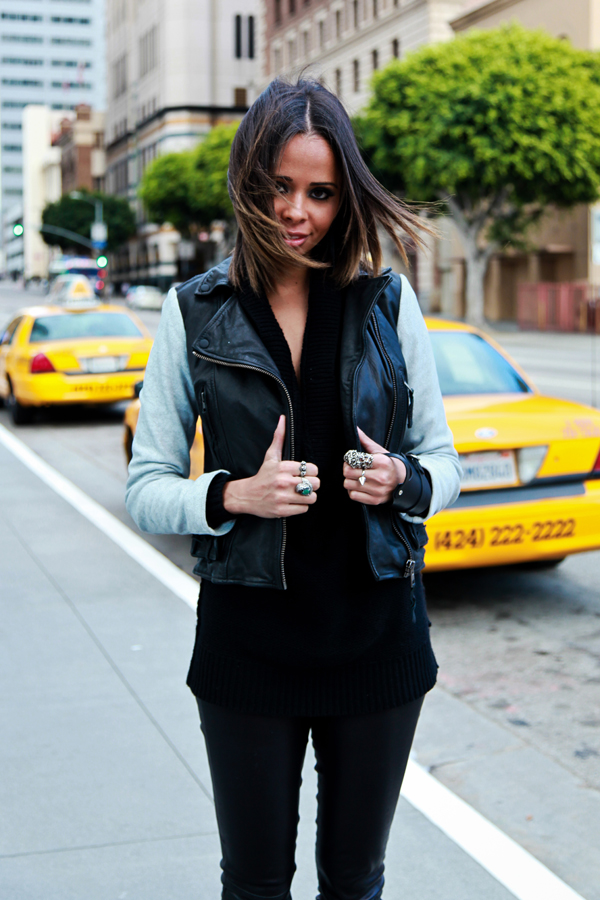 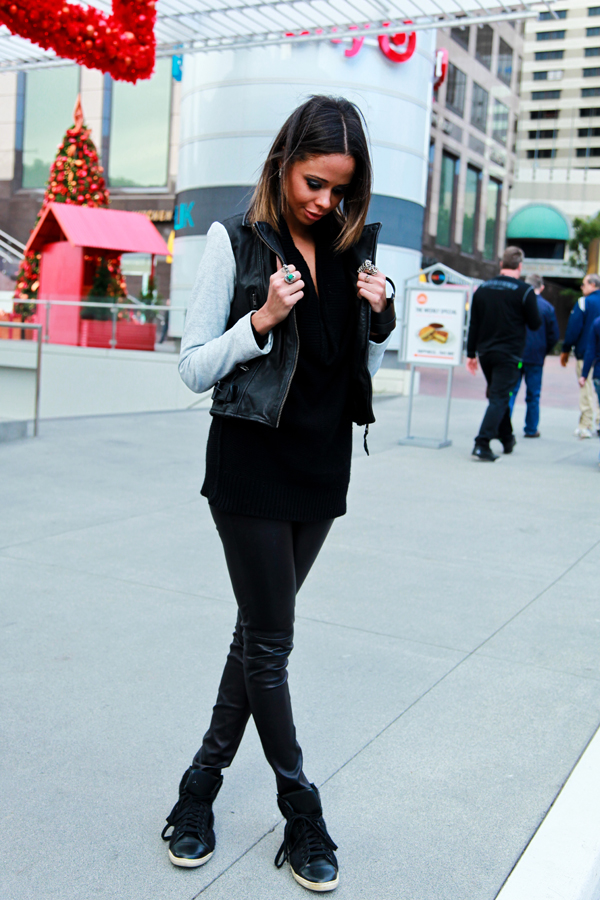 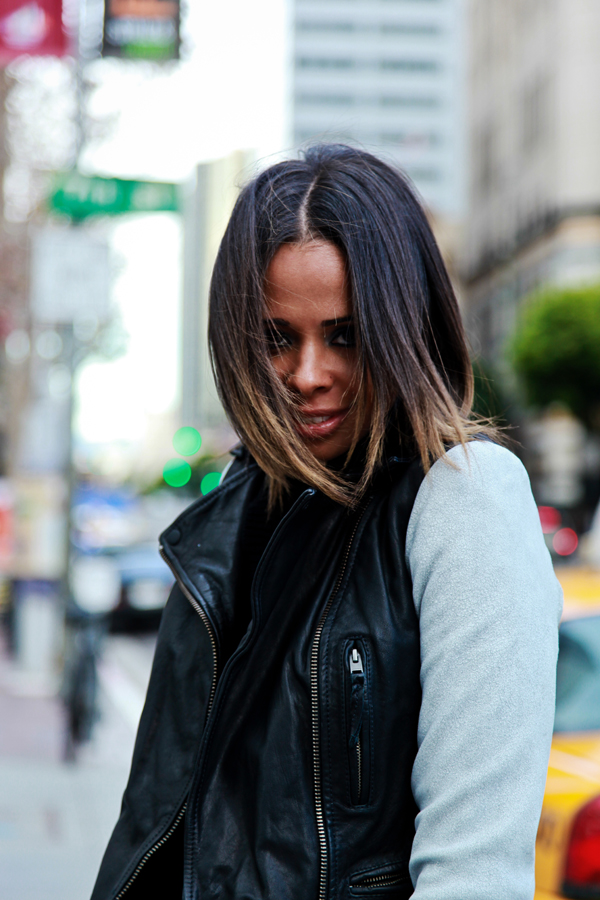 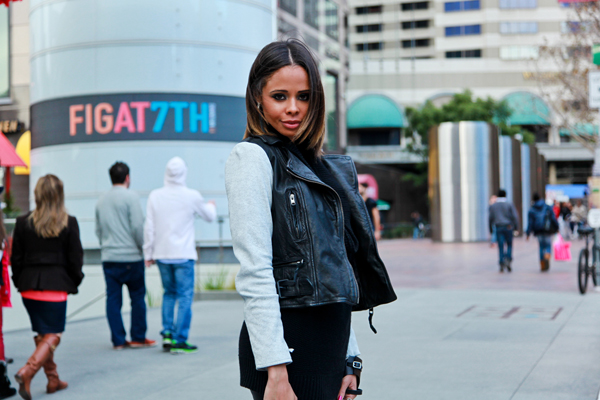 Posted on January 11, 2013 | Uncategorized By Gabrielle 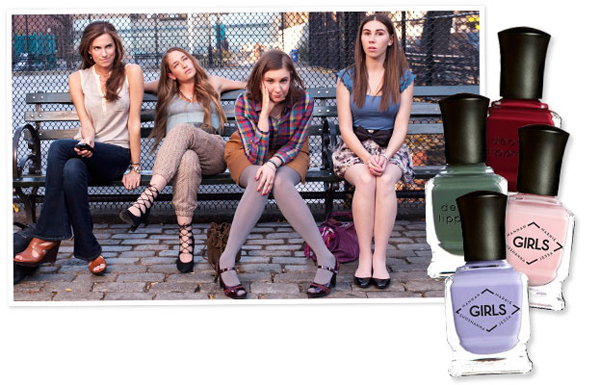 I don’t have HBO so I just caught the first season of Girls on DVD and its nothing short of amazing. I watched the entire season (10 episodes) over the course of three days and found myself equal parts entertained, disgusted, and sympathetic. During the Sex & the City era, I was always partial to Carrie, but also found I could relate to Miranda (neurotic, Type-A attorney) and Charlotte (major prude) as well, so it comes as no surprise that my favorites are Hannah, Marnie, and Shoshanna, in that order. I have two favorite moments from season 1: (1) the conversation Hannah has with her ex-boyfriend about a) her newly discovered HPV and b) his newly discovered sexuality; and (2) a scene with Hannah discussing her intolerance for alcohol, and explaining, “the last time I got drunk I ate all this brie and threw up on my cell phone.” We’ve all been there girl! Oh yeah, so the genius that is Lena Dunham (the writer, director, and star) collaborated with Deborah Lippmann on these polishes. I’m kind of liking Shoshanna (the lilac) best of all.

Posted on January 9, 2013 | Uncategorized By Gabrielle 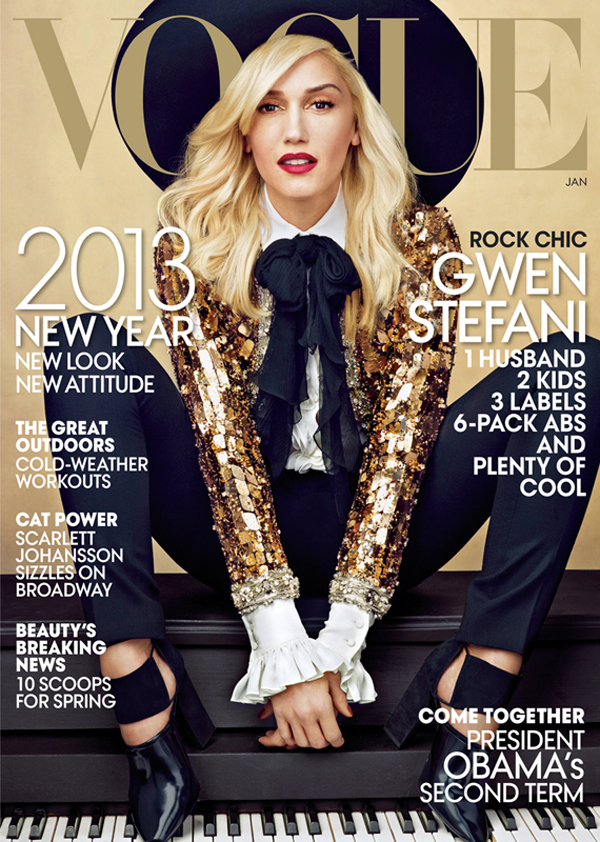 Here’s my second fashion resolution of 2013: Dress more sexy by wearing more clothes. And by sexy, I’m talking about the rockstar flavor. Gwen Stefani is my inspiration. She has mastered the art of mixing sexy (red lips, high heels, platinum hair) with ulltracool (baggy pants, wife beaters, plaid). These images from Vogue, January 2013 capture her fashion sense quite nicely. 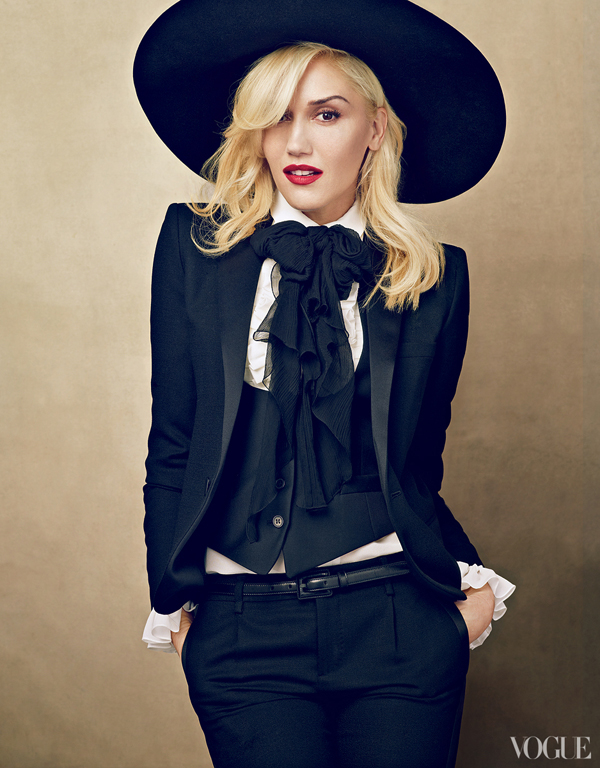 From the Shops:
AllSaints Spring 2013

From the Monthlies:
The Queen

From the Closet:
Leather on Leather