From the Monthlies:
Oh Victoria!

Posted on January 30, 2013 | Uncategorized By Gabrielle 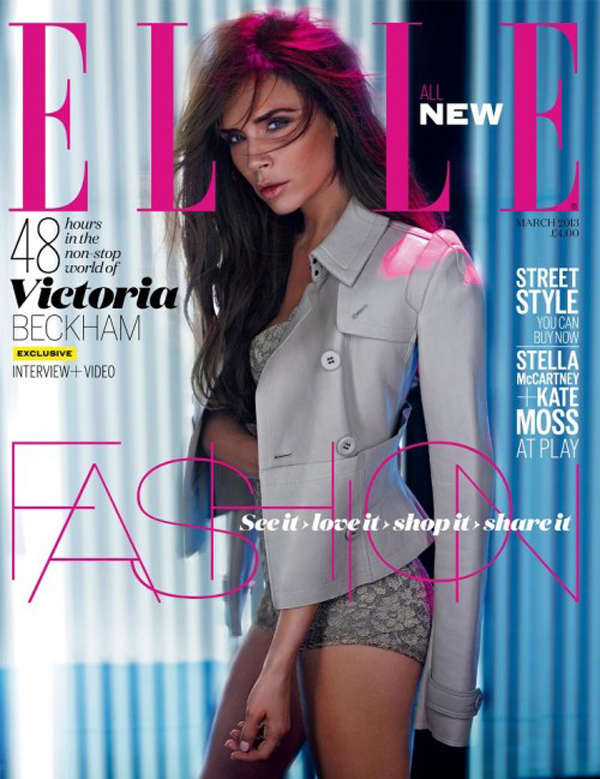 Can’t wait to pick this up from the newsstands. Yay, yay, yay, yay! My inspiration to work harder, get skinner, dress fancier, and snag the hottest hubby around!

From the Closet:
Stripes and Sequins

Posted on January 28, 2013 | Uncategorized By Gabrielle 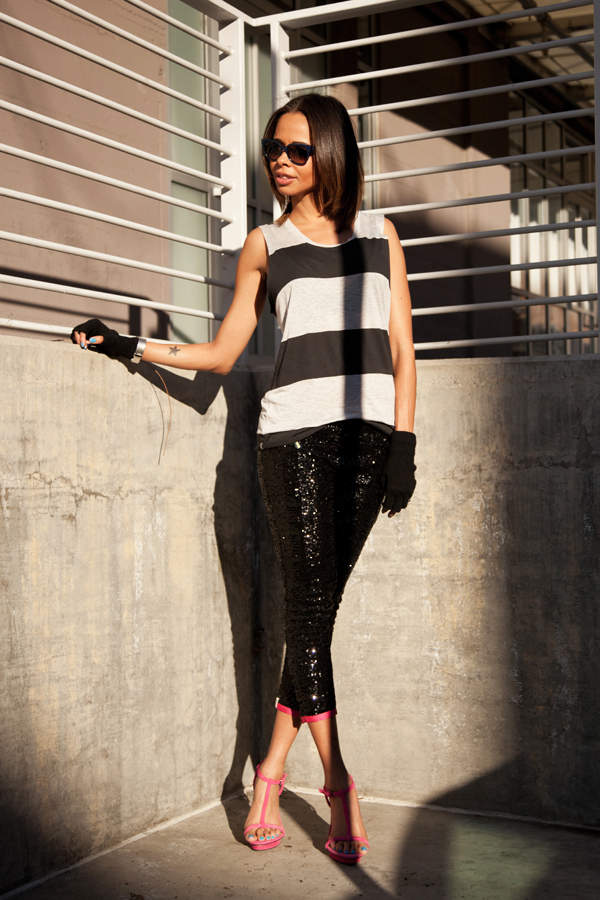 Consistent with my New Years resolution to “sparkle” more this year, particularly when its most unanticipated (remember this), I discovered the most perfect pair of sequin sparklers (One Teaspoon – doing badass chicks right over and over and over again) and have made it my goal to wear them every season. I’m calling this my “winter” look, mostly just so I can rub it in the faces of those who are freezing right now (I kid!). I’m excited to see how I’m going to rock these bad boys in the seasons to come. Stay tuned! 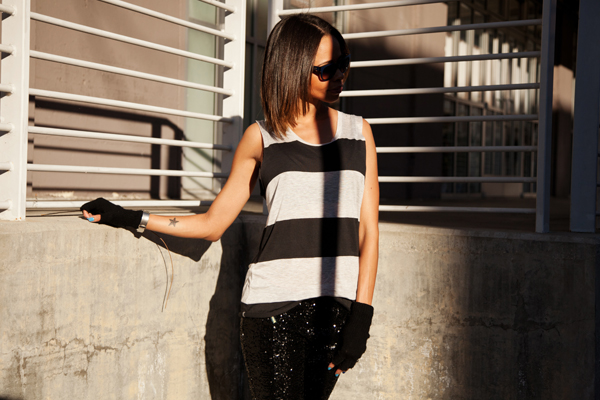 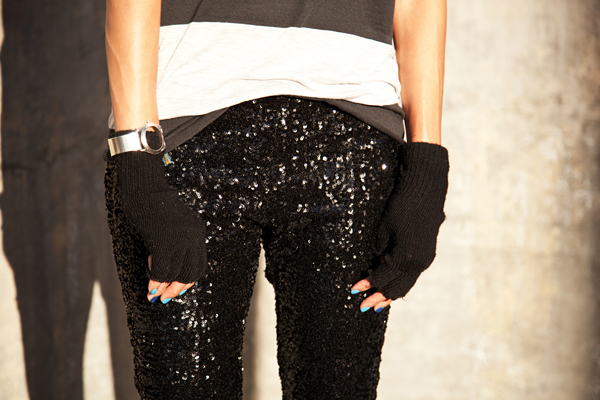 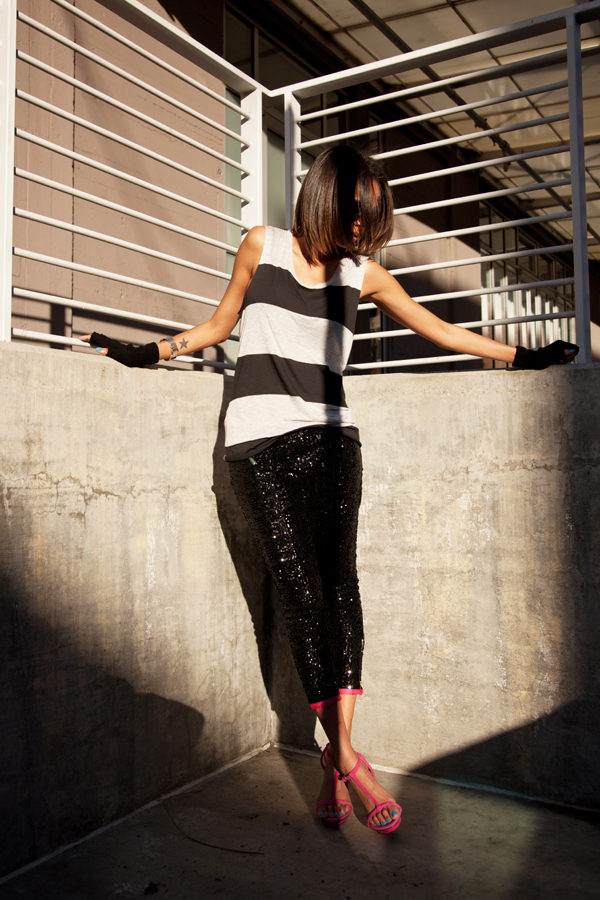 From the Runway:
Chanel Couture

Posted on January 25, 2013 | Uncategorized By Gabrielle 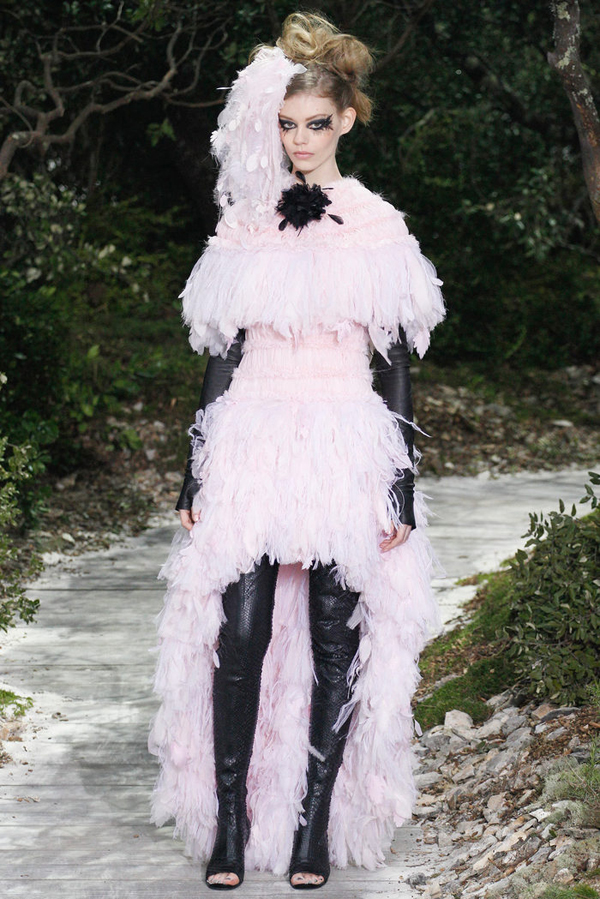 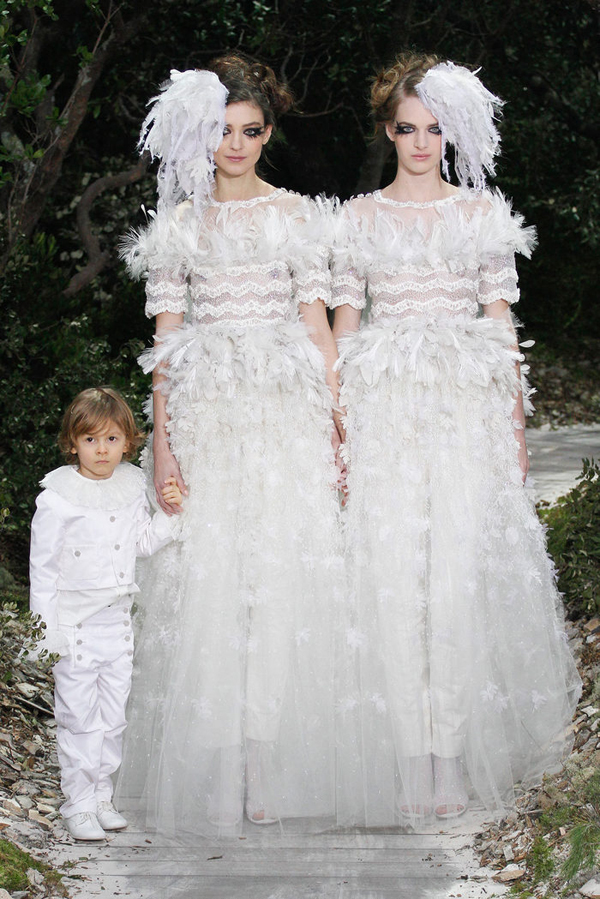 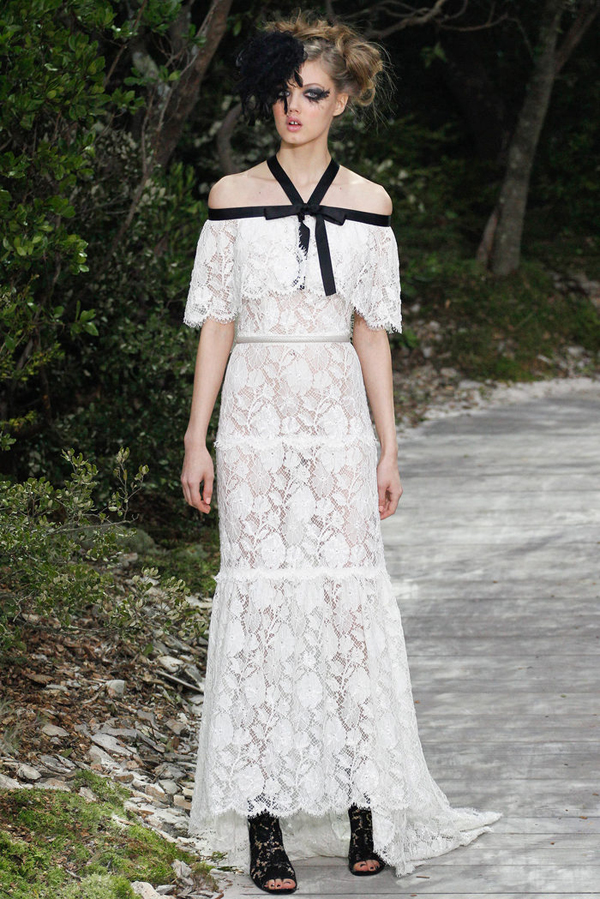 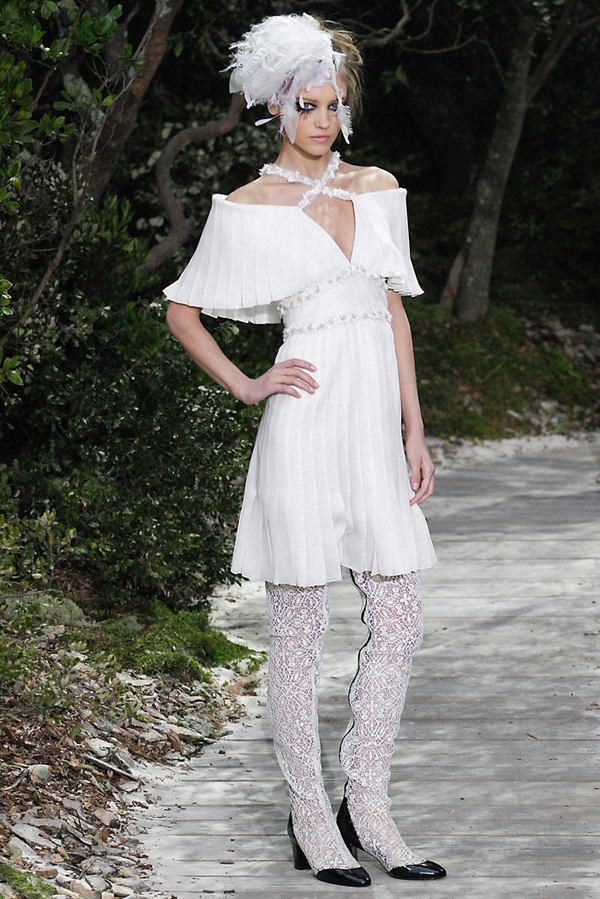 Oh Karl, you can do no wrong! Simply exquisite! Especially the eye makeup. And lesbian brides.

From the Shops:
Boat Shoes

Posted on January 23, 2013 | Uncategorized By Gabrielle 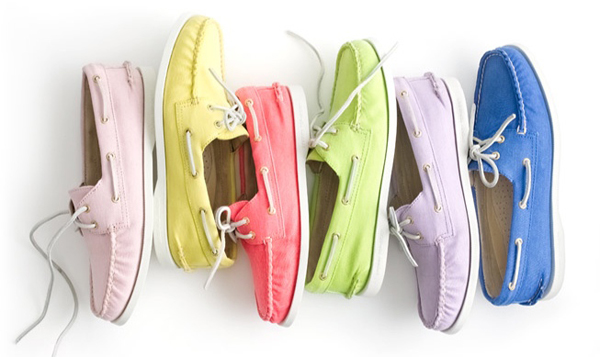 Years and years ago, I would fall in love with the most fabulous pairs of sky-high heels, but defer purchasing them, convincing myself that at 5’9”, I was too tall for heels in excess of 3.5 inches. Then, as if the shoe-gods got together to conspire against us tall folks, all of the fabulous heels became in excess of 3.5 inches. I was faced with a troubling dilemma: risk the moments of embarrassment that come with towering almost everyone, or appear frumpy in outdated mid-heel shoes. Fashion being my best friend, I naturally opted for option number 1 and thus, a new taller version of my old self was born – 6’2” to be exact. Well as luck might have it, right around the time that lower heels were being made in short supply, I ended my relationship with my 6’2” boyfriend and was thrust into the world of dating with the understanding that I would have to accept this Tom Cruise/Nicole Kidman dilemma. And I’ve almost completely come to terms with it, even though its tough never being able to feel small with a guy, no matter how small you might otherwise be. On those rare occasions, however, when I want nothing more than to stare up into the eyes of a dashing young man, I opt for these. They don’t seem as purposeful as a pair of ballet flats and they instantly transform a somewhat preppy outfit into an Ali MacGraw circa Love Story kind of moment. And of course, I secretly keep hoping that my future yacht-owning hubby will catch me in these things and just like that he will know I was meant for his yacht-abulous lifestyle.

From the Closet:
Let He Who Is Without Sin

Posted on January 21, 2013 | Uncategorized By Gabrielle 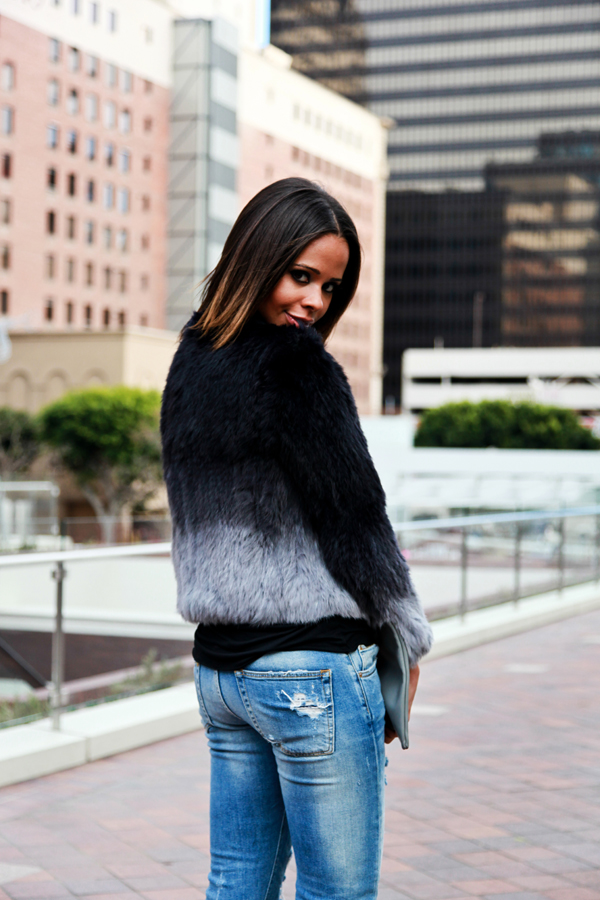 It wouldn’t be an exaggeration to say that there was probably only one takeaway from the “Catholic” aspect of my high school education. It comes from a story, a fiction, called the Gospel of John, and it involves this fictional character named Jesus and another fictional character, an adulterer. Essentially, there was a discussion about stoning the adulterer and then Jesus, being the do-gooder type that he apparently was, proclaimed those infamous words: “Let he who is without sin cast the first stone.” Occasionally, fictions of sorts carry profound messages. This particular excerpt from the Gospel of John holds true on that note.

On a related note, a few years ago, my lovely brother, an avid follower of independent films and documentaries, told me about a documentary he had seen called “No Impact Man.” The story follows a Manhattan man (and his family) who essentially abandoned their high consumption NYC life in an attempt to have zero impact on the environment. To do so, they gave up electricity, mail, cars, elevators, you name it, and purchased nothing but locally grown food.

There is a point, I promise. It has something to do with my fabulous fur. I was conflicted about posting it in fear that I would upset those who don’t believe in wearing fur. But the thing is, I do. And so, for anyone who wants to judge, I say to you this: Unless you are the no impact man, let he who is without sin cast the first stone. xoxo 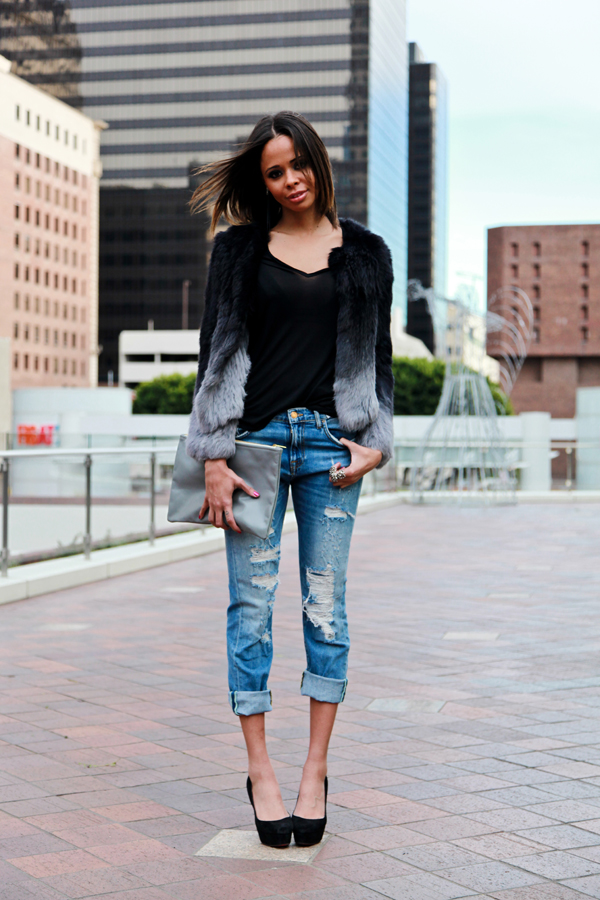 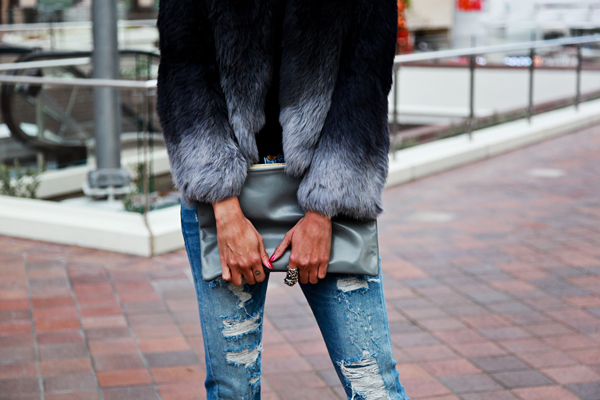 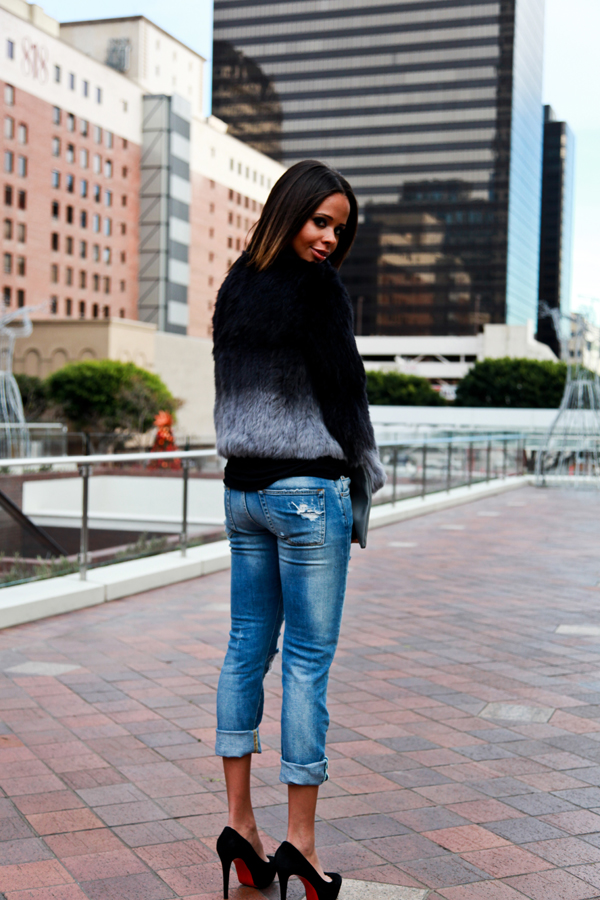 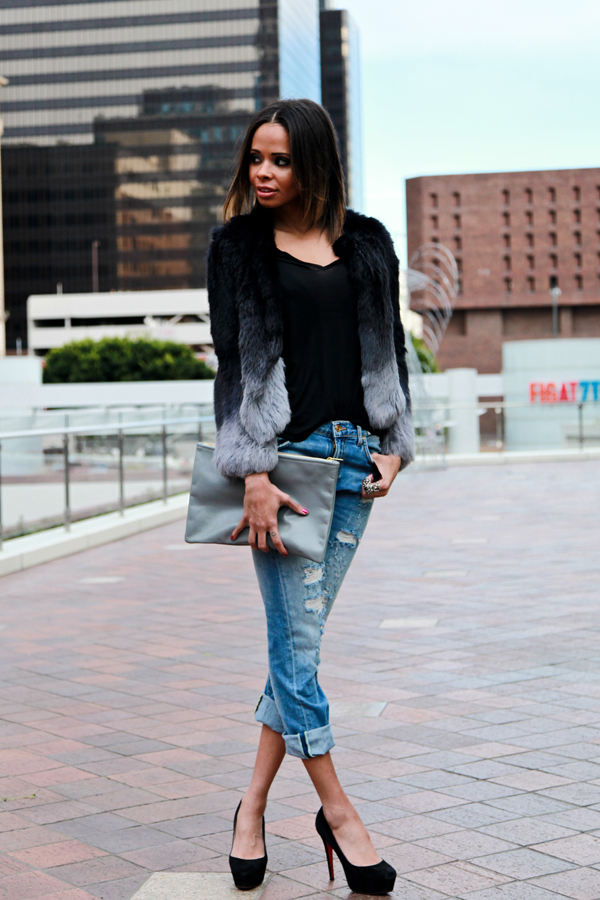 From the Monthlies:
Oh Victoria!

From the Closet:
Stripes and Sequins

From the Runway:
Chanel Couture

From the Shops:
Boat Shoes

From the Closet:
Let He Who Is Without Sin