Posted on February 28, 2013 | Uncategorized By Gabrielle

If you know me well enough, you know I’ve got a weakness for three things: (1) Sunnies; (2) Skulls; and (3) Overalls. Ok, I guess what I meant to say is that those are my fashion weaknesses. Because I’m also weak for cute babies, gummy candy, the Beckhams, luxury hotels, and fro yo. When it comes to my obsession with sunnies, I welcome the departure from the typical Tom Ford/Chanel/Prada frames that everyone is wearing. Enter Illesteva. Loves them! Loves them! Check out their website that just relaunched last week. You are going to LOVES THEM too!

From The Closet:
Tulips 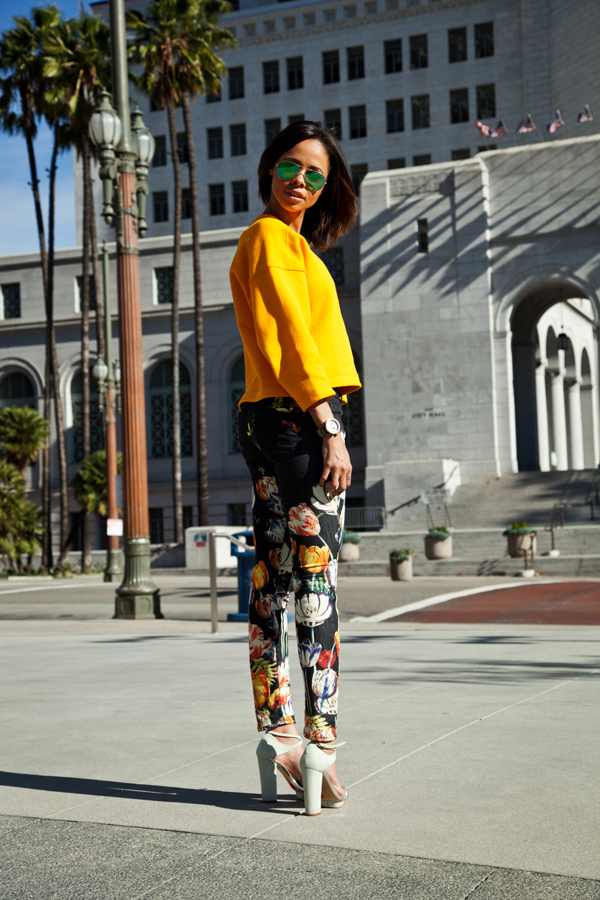 Ok, its official. I’ve got a crush. On Mother Denim. I mean kind of a big crush, maybe.  Remember last spring, I told you a little love story about the looker (see here). And last summer, I rocked these. Well this season, I’m all about the tulip. Thank you Mother! 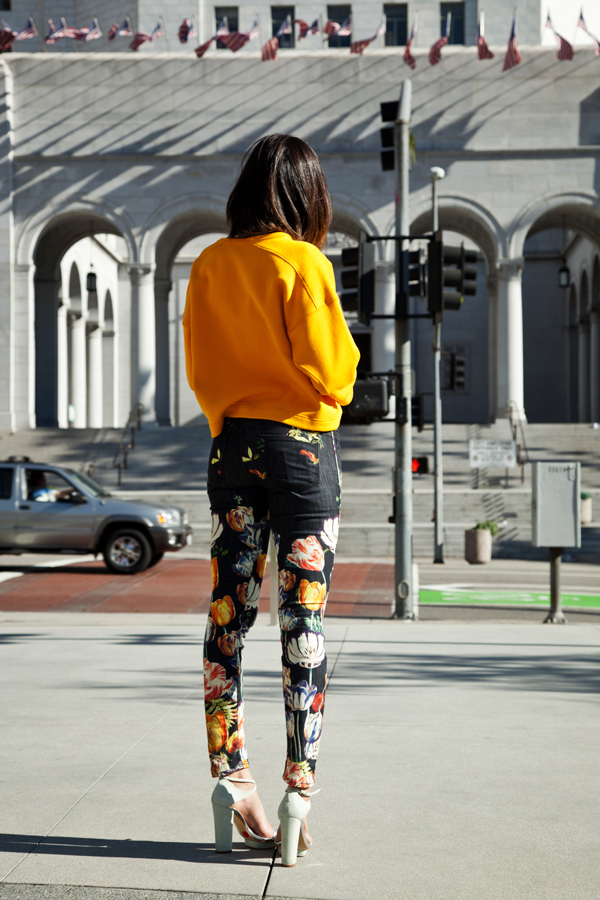 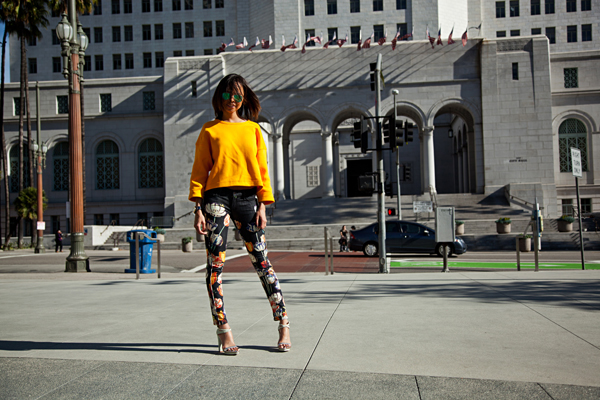 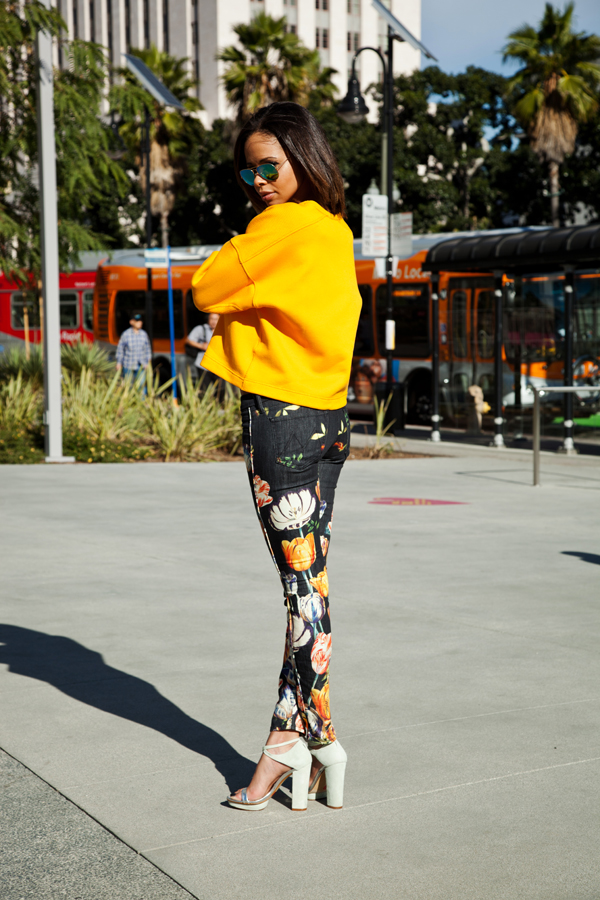 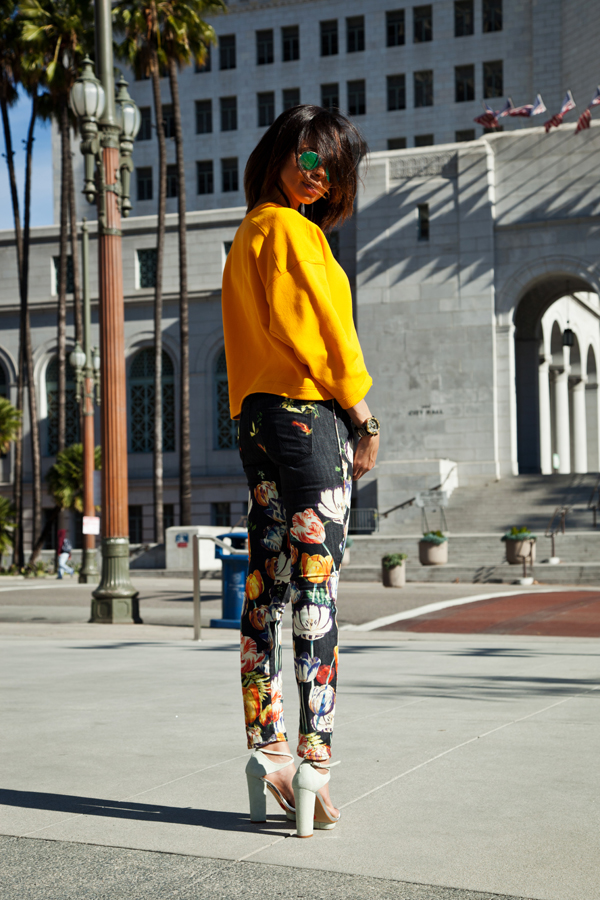 From the Shops:
Is It Too Early??? 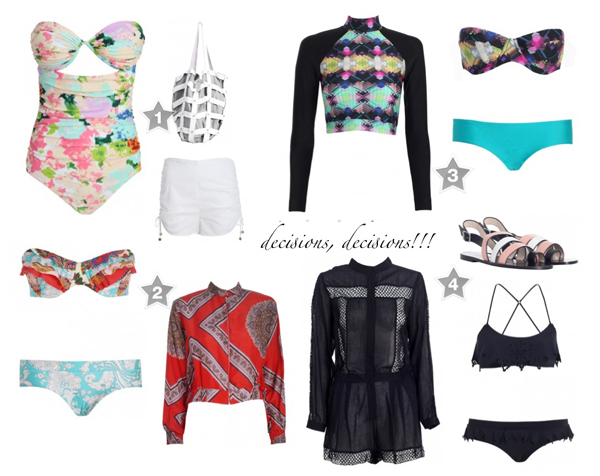 I am OBSESSED with Zimmerman’s swim & resort collection. Which begs two questions: (1) Is it too early to pick out a birthday suit (my birthday is in June!)? and (2) If no, which one?????

From the Monthlies:
Street Chic

Posted on February 20, 2013 | From the Monthlies By Gabrielle 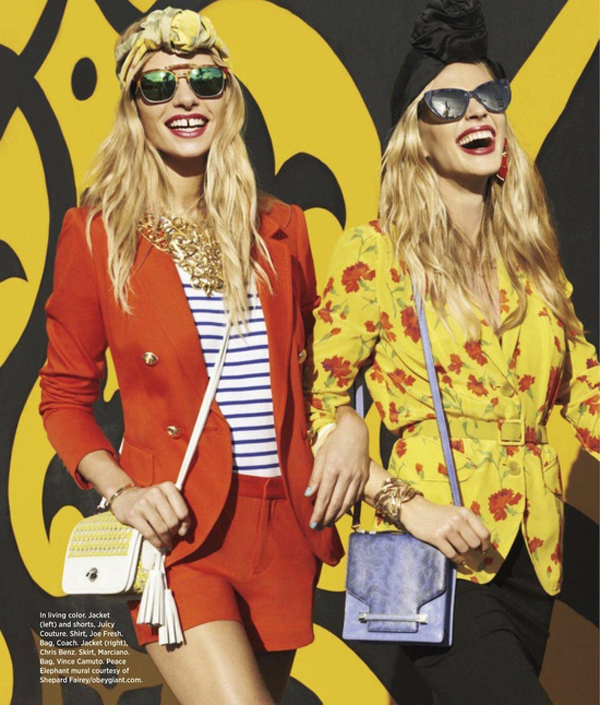 Anyone else majorly craving spring? Wells, in case you weren’t, now you are!!! 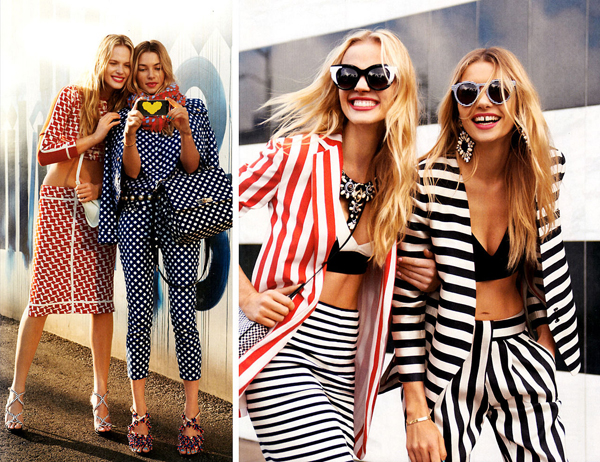 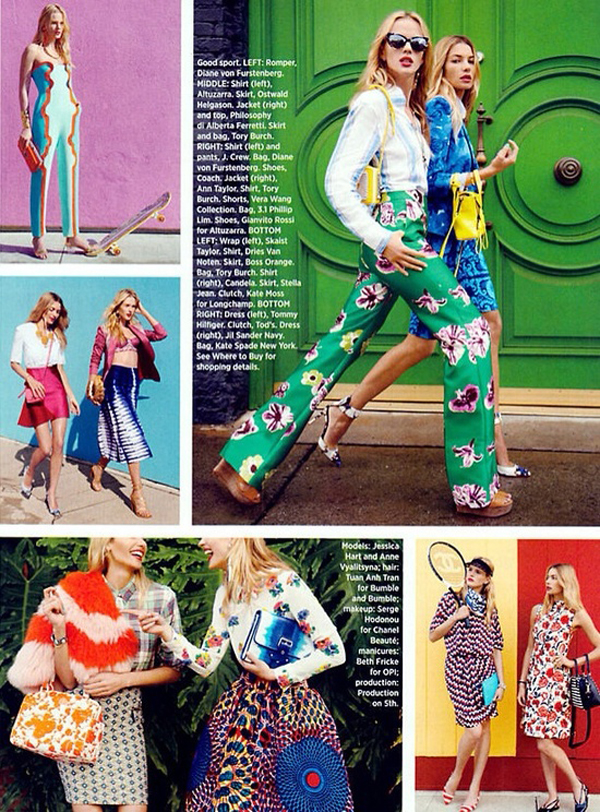 From the Closet:
On Suits 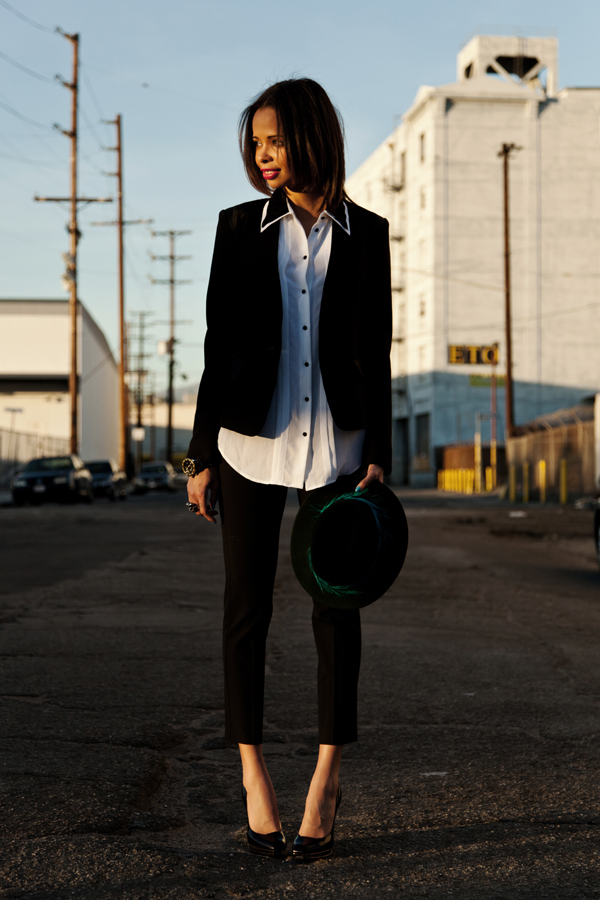 I purchased my first suit at 23. I was just beginning my second year of law school and needed a suit for on-campus interviews. I went out and bought something I couldn’t afford, and when the day of my first interview came, I couldn’t even bring myself to wear it. I felt so adult and stuffy and conservative in a way that was just not me, so instead I opted for a tight black pencil skirt and a shrunken black blazer. The entire interview was awkward, which probably had very little to do with how I was dressed, and I walked out of it knowing that I not only was not going to be asked back for a second interview, but was definitely going to cancel the other 21 interviews for the firms I had matched with. Fast forward eight years. I’m not 23 anymore, and for all intents and purposes, I might actually be considered an adult, and one who wears suits several times a week. But still, every time I put one on I feel adult and stuffy and and conservative in a way that is just not me. I’m really the girl who is dying to shave the side of her head, shows up for important work appearances with chipped nail polish in some wildly inappropriate color, rarely if ever combs her hair, and always opts for some variety of a t-shirt instead of a blouse to wear under her suit jacket. Now, some might speculate that maybe its not the suits— maybe its the job that doesn’t fit me. And of course, that’s true too. But I can’t help but think that maybe the legal profession would be more for me if I could show up for court dressed in a suit like this. And why not, really? It’s not a runway though, I get it, it’s work, it would just be more fun if it was. 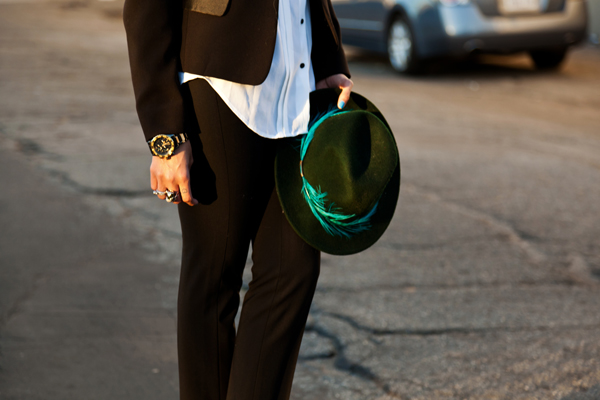 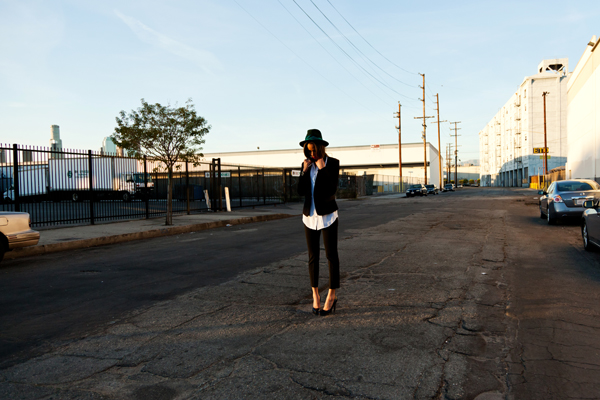 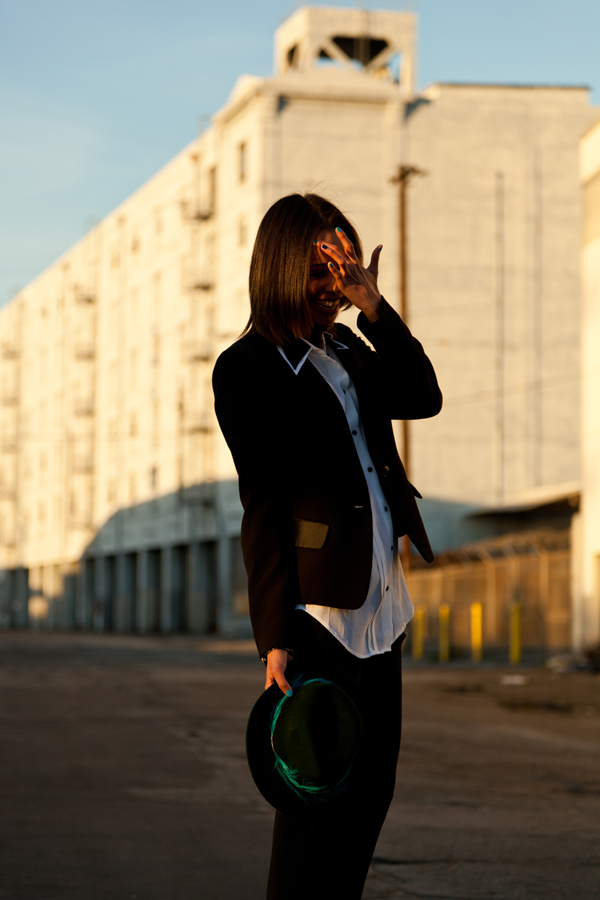 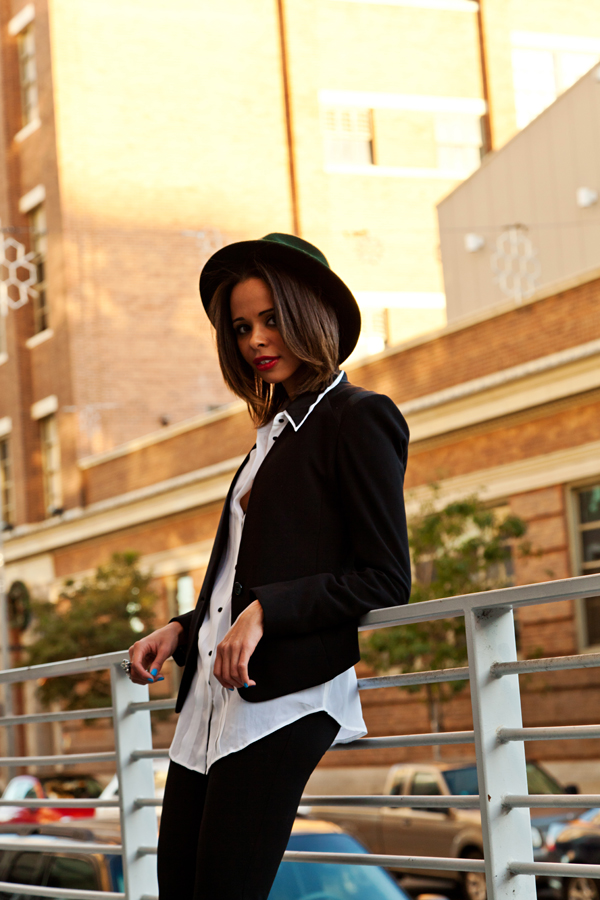 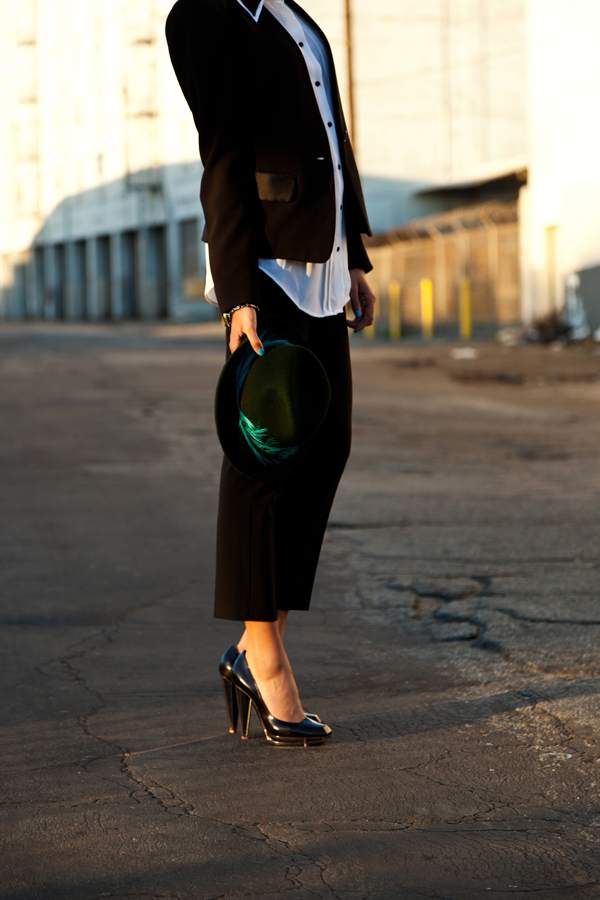 From The Closet:
Tulips

From the Shops:
Is It Too Early???

From the Monthlies:
Street Chic

From the Closet:
On Suits