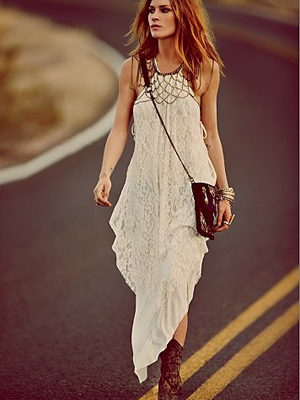 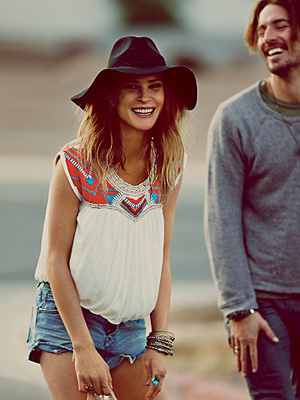 I’ve had a major crush on Erin Wasson for years now. Mostly because of her rad tattoos. And her rockstar cool vibe – messy hair, minimal make-up, and always badass wardrobe. Two happenings in the last month elevated her girl crush status to almost obsession. The first was an article that appeared in WWD during New York fashion week about a presentation she attended by the Los Angeles label, The Elder Statesman. WWD described Wasson as “spindly and loopy and tend[ing] to speak in bumper sticker metaphors” but then noted that she could “unnerve with smart, out-of-nowhere observations that make it clear that she is not your average Pollyanna model.” If WWD is even remotely accurate, who could not fall in love with this girl! When Wasson was asked about the label’s designer, Greg Chait, she came out with a particularly brilliant observation, explaining, “He understands that authenticity is the new currency of life.” Seriously! In. Love. Oh, the second happening was seeing her getting her model on in Free People’s March catalog, which is just the right amount of inspiration I need to plan my Coachella outfits. 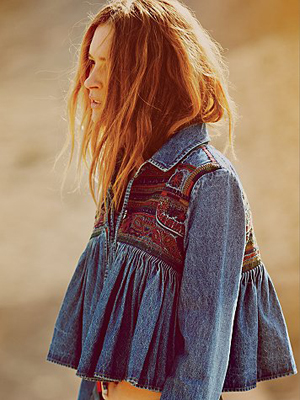 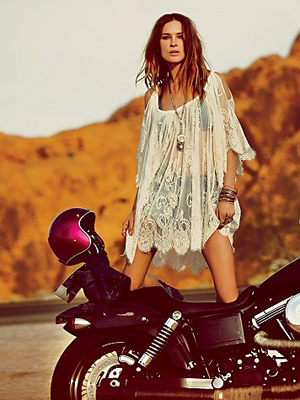 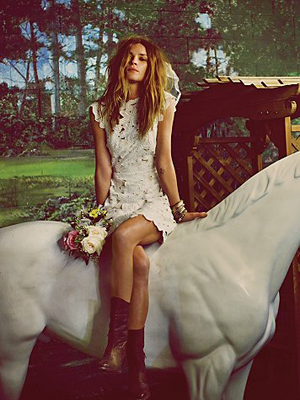 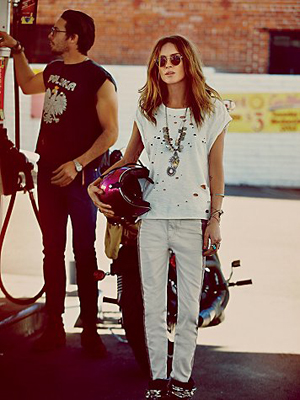 From the Shops:
Cameo Broken Flowers 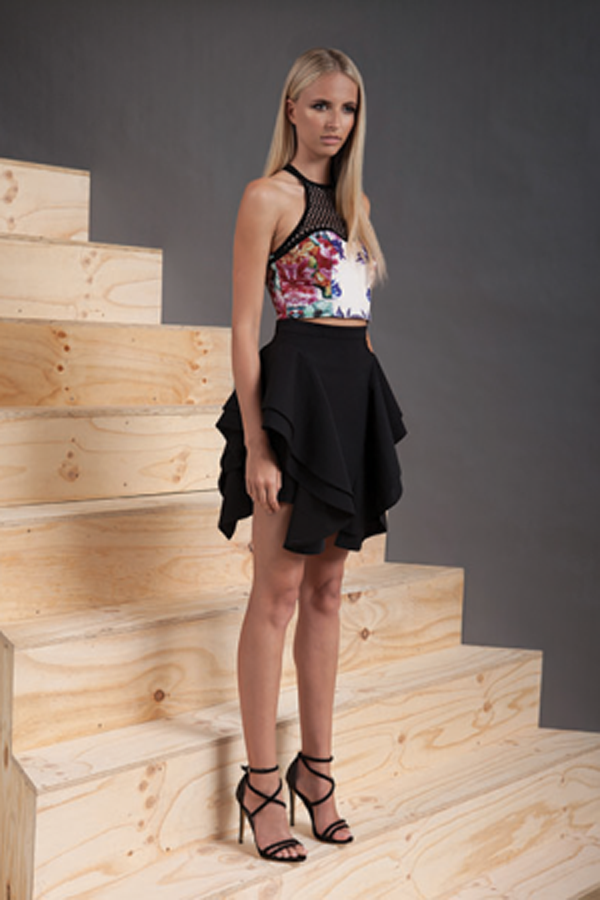 Lately, I am obsessed with all things Australian fashion and am convinced that my closet (not just me) would be much happier if it had these three pieces sleeping beautifully in it. Especially this skirt! Ridic!! Cameo kills it! 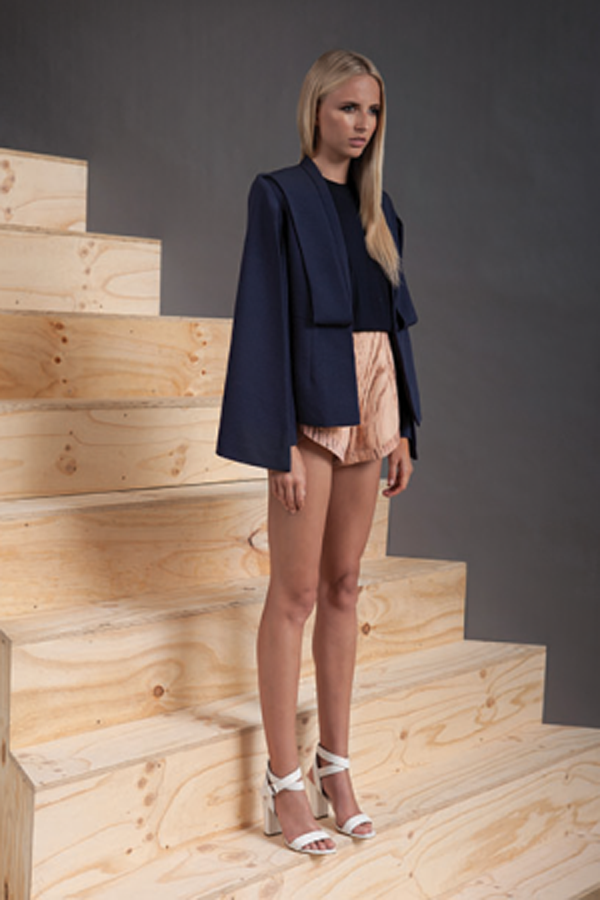 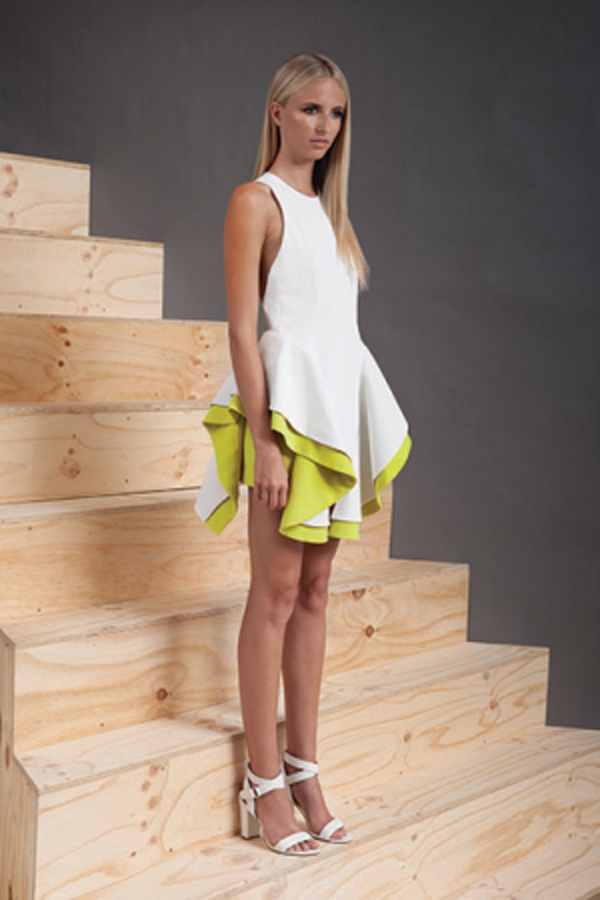 From The Shops:
Acne Velocite Coat

Yes, I live in Southern California where a coat of this nature is completely unnecessary. But I can’t get it out of my mind!! In fact, the question isn’t so much whether or not I’m going to buy it (I probably will), but rather, where I will be flying for Thanksgiving and New Years this year to justify the purchase. If you are equally obsessed with this beauty, you can find it here. 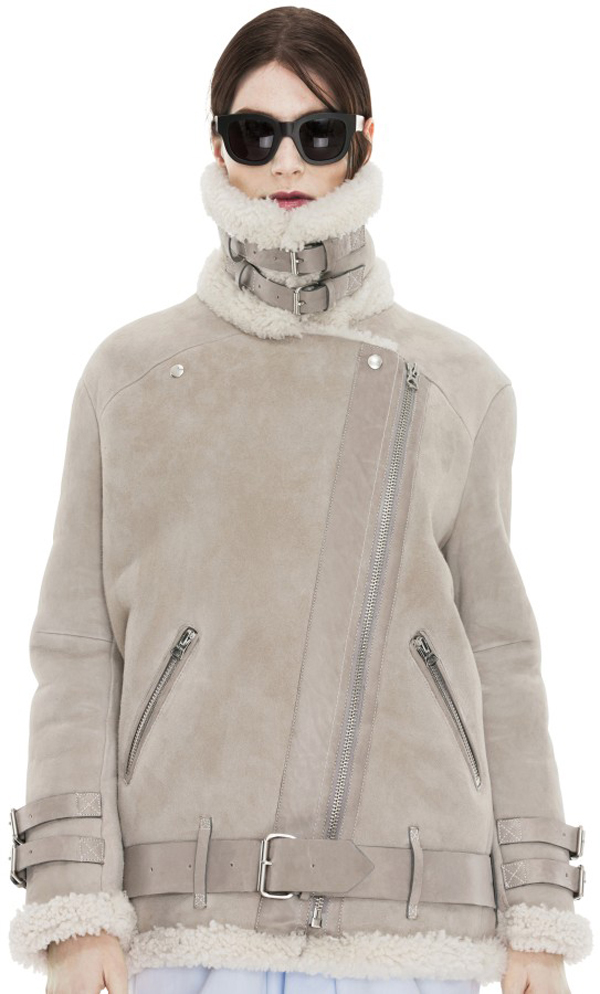 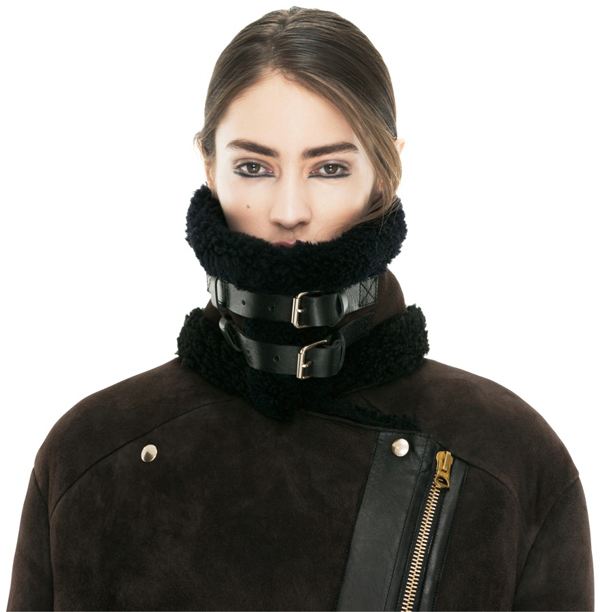 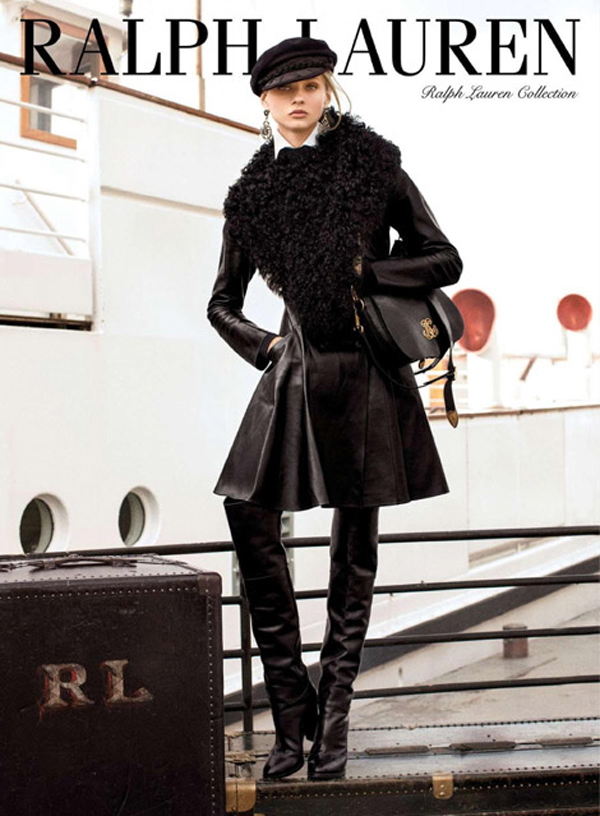 I’ve just completed my review of the September Issues (better late than never, I know!), so it officially does not seem premature to discuss what I believe to be the top trend for fall. Sure there are many top contenders, but there was one consistent item that I saw repeatedly- the over the knee/thigh high boot. Oh yeah, and Kate Moss in Stuart Weitzman pretty much made my decision super easy. What can I say, I’m an easy sell. Which ones are you craving??? 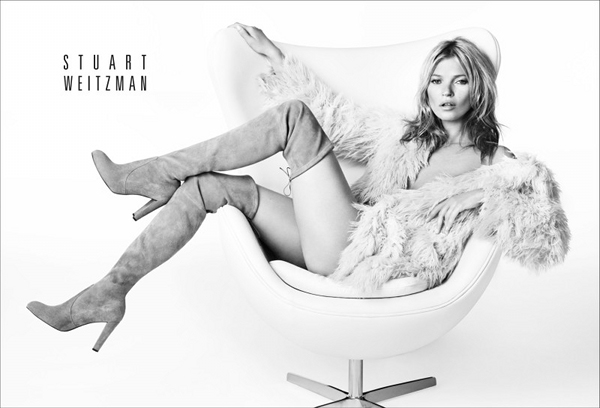 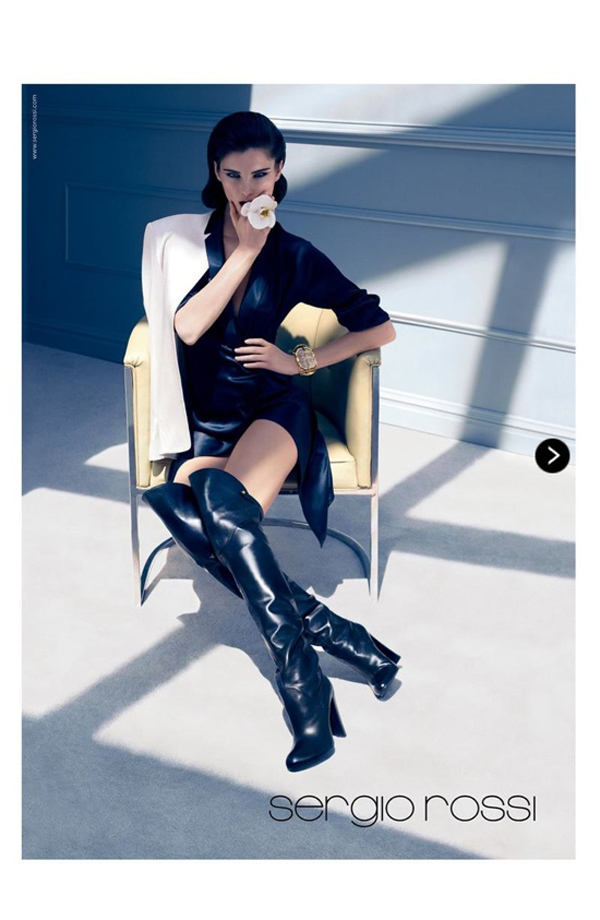 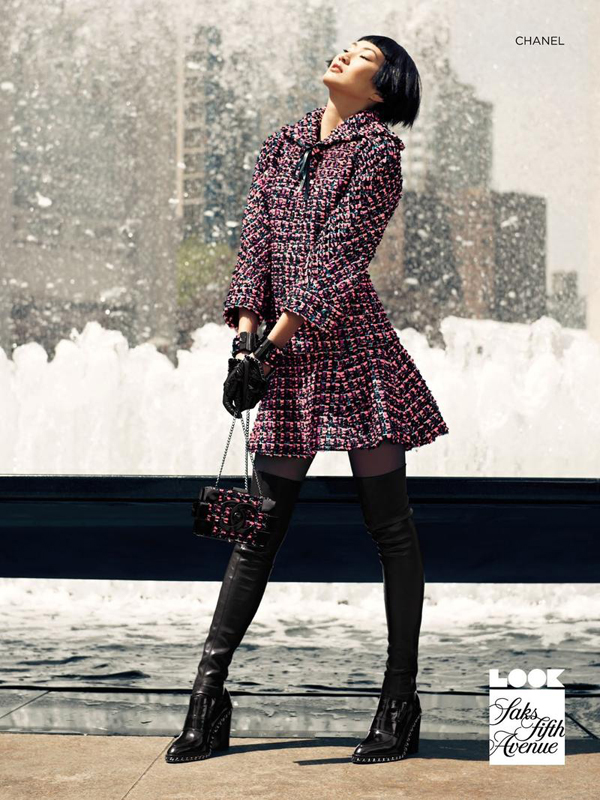 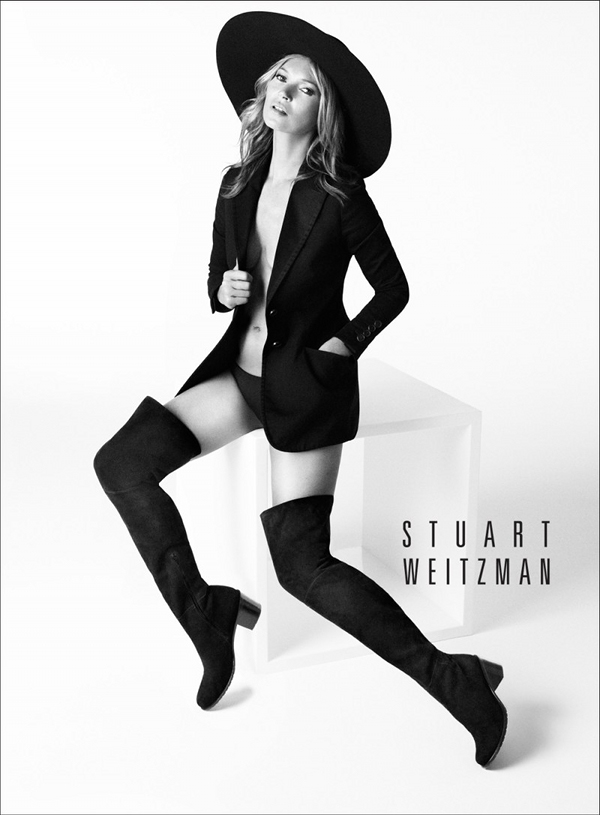 From the Shops:
Transition Jackets 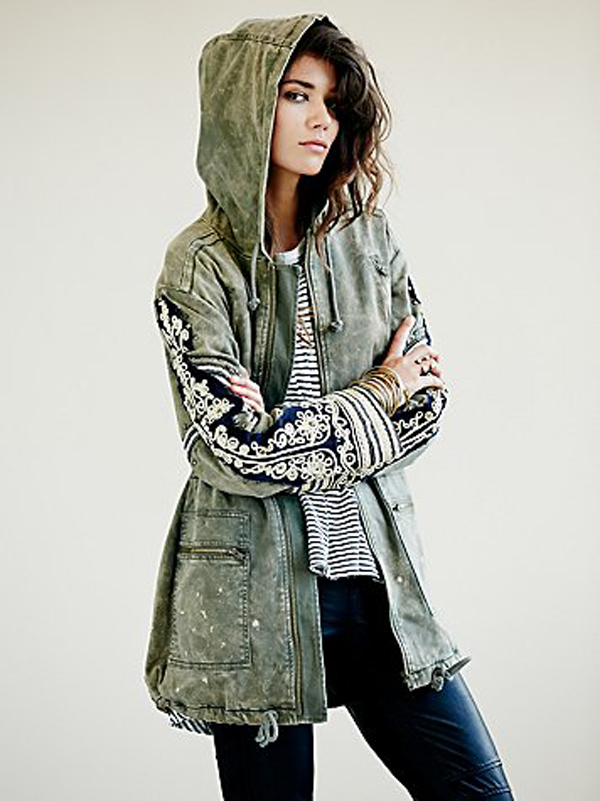 I’m not ready to start talking about fall fashion yet, but the powers that be (Vogue, Harper’s Bazaar, Marie Claire, Elle, etc., etc.) have decided it’s time. And since fall will be upon us before we know it (sadness), at least we can be excited about snuggling up in one of these cute numbers courtesy of Free People. Enjoy their entire jacket collection here. Btw, I’m obsessed with the dress/denim shorts + long sleeves look so I fully support (and recommend) pairing any of these jackets with a denim cut-offs as the perfect transition into fall ensemble. 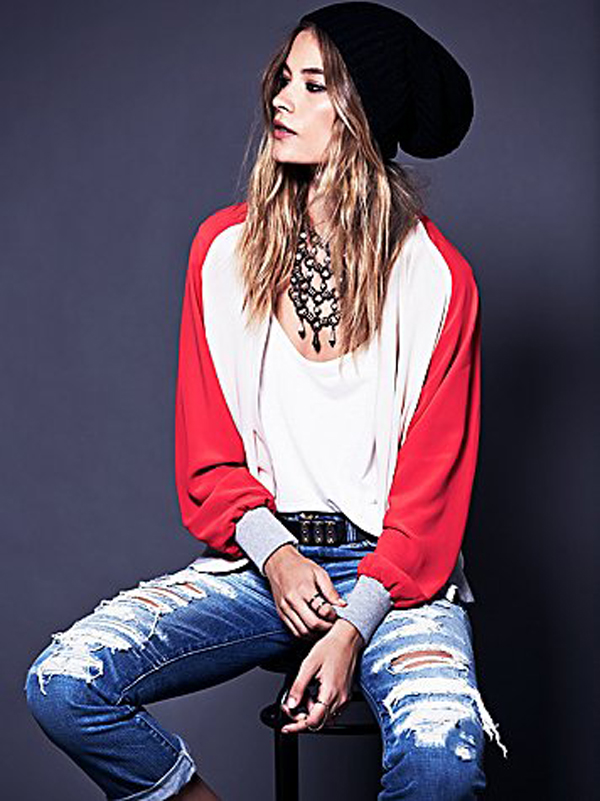 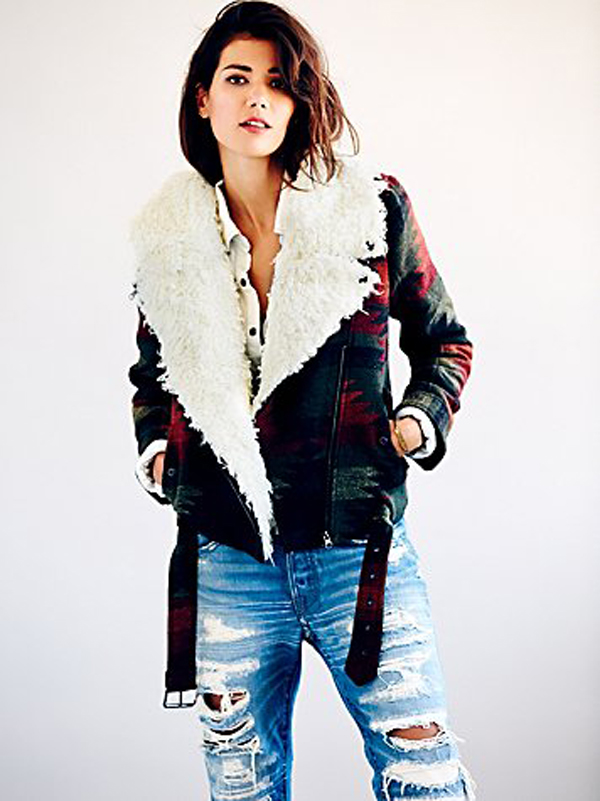 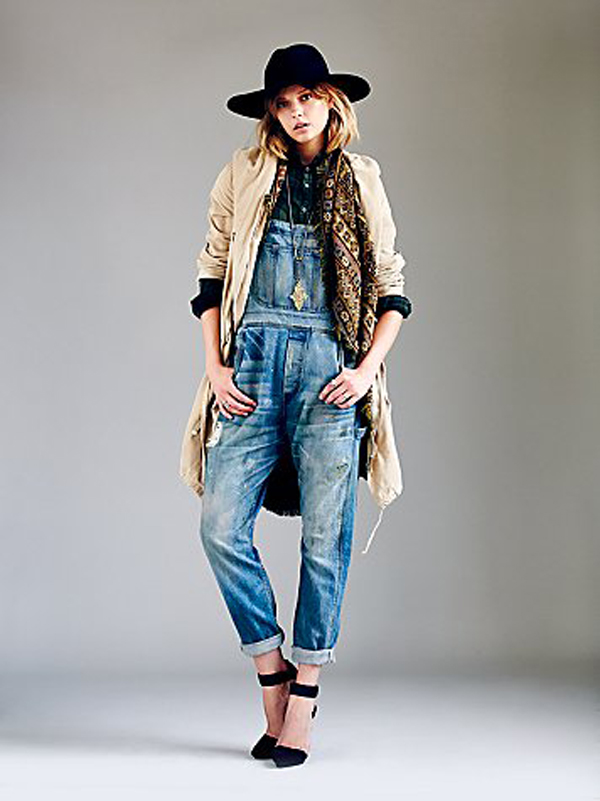 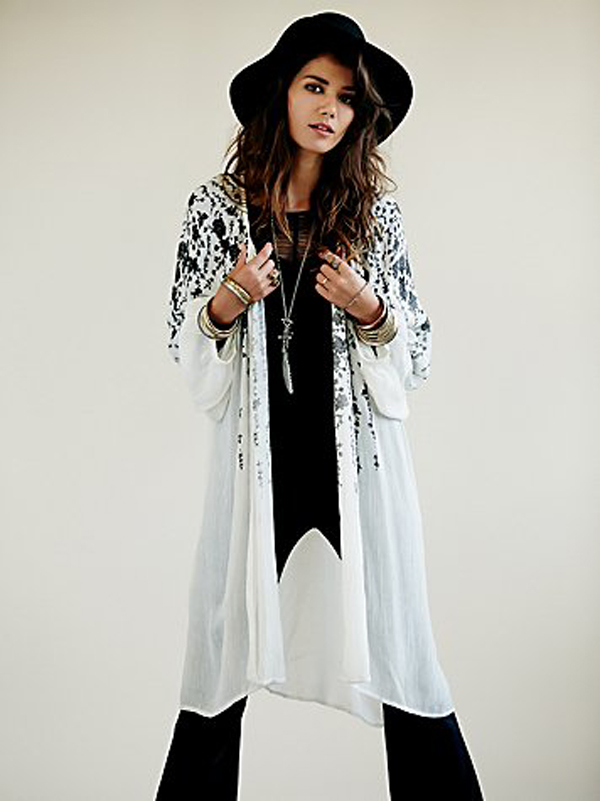 From the Shops:
Cameo Broken Flowers

From The Shops:
Acne Velocite Coat

From the Shops:
Transition Jackets